My Warm Up Routine

I would like to talk about my double bass warming up. I will share with you what do I do to warm up and what I find most useful.

My warm ups are not the same every day, I have to (I need to) change them to not get bored. Do you feel the same? All exercises I play with tuner and metronome.

After tuning my bass I like to play open strings for a while, using long bow in different dynamics and with bow places on different spots on the string. Sometimes I count how many seconds I can “stay” on one bow from the frog to the tip with good sound quality. Than I like to play some simple melodies, whether they are known or improvised, for example birthday or children’s songs in different keys.

Scales and arpeggios are the basic exercise material in my everyday practicing. They help me to refresh the intonation and geography of fingerboard. I use my favourite book – Wiktor Gadziński’s Gamy i pasaże na kontrabas (Scales and Arpeggios for Double Bass). Gadziński was a Polish composer, double bassist and professor at the Academy of Music in Katowice. In the introduction Gadziński emphasizes the role of timbre, dynamic and rhythm during practicing. The scales are listed from the lowest string (E) in semitones and with major and minor keys. Some of the scales are in three octaves. I think Gadziński’s book is convenient in practicing but it must be noted that his fingering propositions are not going beyond the traditional way of playing on double bass.

After my friend’s recommendation I have been using Duncan’s McTier Daily Exercises for Double Bass for a few years now. McTier is a British contemporary double bass soloist and teacher. His Daily Exercises for Double Bass are very popular among double bassists. It’s a short form of 12 exercises for daily using. There are excercises with double-stops, passages with different fingering in all positions, exercise for changing the positions and intonation. For me the hardest were exercises with double-stops in fifths in two octaves on G and D strings (from A-D to a’-d’), in sixths in one octave (e-g to e’-g’) and octaves (d’-d to a’-a’ and d’-d). I noticed mainly intonation problems and problems with the strength of the left hand. Intonation can appear as a problem when a thumb is used in thumb positions as a pressed finger. I think a thumb is not so precise as other fingers in pressing the string. The thumb is pressed horizontally in relation to the string, not like other fingers that pressed using fingertip from above. McTier’s exercises are just two pages long, but they helped me to strengthen the fingers in the left hand, they gave proficiency of the thumb and improved intonation.

The last part of my warming up will be one or two relatively simple etudes or exercises. I use different ones but I like Simandl’s Etudes for the String Bass and Francesco Petracchi’s Simplified Higher Technique.

The subheading of Simandl’s 30 Etudes for the String Bass is For the acquisition of correct and broad intonation together with rhythmic precision, explains the aim of these etudes. Moreover, in the preface of the book, Simandl explains: “In the study of these Etudes stress is to be laid on the breadth of tone, precision of rhythm and correct intonation. Preceding the study of each Etude it is suggested that the scale of the key in which it is written be played through with the various bowings. The Etudes are arranged in progressive order and should be practiced slowly at first.” I play them a vista in tempo, and than repeating few times. The etude number 30 (Allegro) is interesting. The rhythm and dynamic pattern is similar to an excerpt from Mozart’s Ouverture to the Magic Flute – six eights in piano and four sixteenths with sforzato. As in the excerpt – in the fast notes it’s comfortable to use the pivot technique (introduced by F. Rabbath). But still the melodic material is not coming out of the scale of the first five positions.

Francesco Petracchi’s Simplified Higher Technique for Double Bass includes 20 studies. Exercises show how to use the
pressed thumb from “d” on the G string (fifth position). The fingering system is based on three basic thumb positions: chromatic (comprising three semitones or a minor 3rd), semi-chromatic (comprising a tone and two semitones) and diatonic (comprising two tones and a semitone or a perfect fourth). Besides exercises helps for the intonation, strenghtening the hand, flexibility and
agility of the hand, and nice legato in thumb positions. Petracchi shows excerpts to demonstrate how the positions may be applied to the repertoire – I like that approach. There are also exercises with arpeggios and harmonics. In the book he explains the thumb positions clearly and aims to assist the player in developing a secure left hand. The exercises are progressive and can be applied to everyday practicing. They will render many awkward passages more easily accessible. Petracchi’s book is the essence of his teaching.

I found Petracchi’s exercises very useful in dealing with technical problems in my solo and orchestra repertoire, for example when there is no time to change position in fast passages, using the pressed thumb gives an extension of the hand. Staying in the same hand position gives oportunity to play using all fingers so that we can play more notes without moving the hand. Using the pressed thumb in lower positions is not a technique used from the beginning of double bass studying. I think gaining a proficiency in that allows double bassist play with not so many position changes which always involves a risk of bad intonation. Petracchi’s book is very popular among double bassists, it’s clearly written, quite short, and contains explanations from author and it’s well available.

That’s all from me this week! I’m looking forward to learn what are you using in your daily practicing routine. Please share it in the comments below! 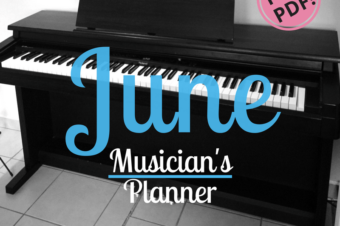 Hi! June is for many of you the end of school, academic... Read More

Hi! The first of May is an International Workers’ Day! So let’s... Read More 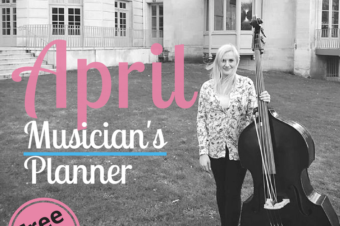 Hi! My favorite month is here! April – nice to have you!... Read More

Hi! For a good start of March, I invite you to download... Read More

Hi! How is your February? Do you practice a lot, or because... Read More 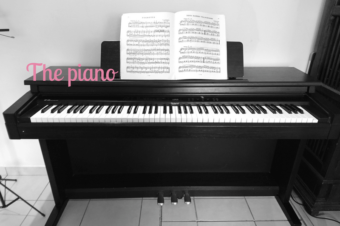 I am happy to announce that now I own the digital piano Roland in... Read More 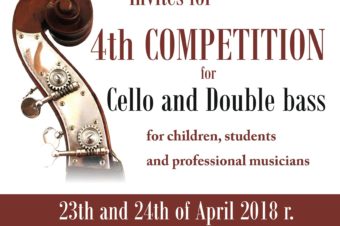 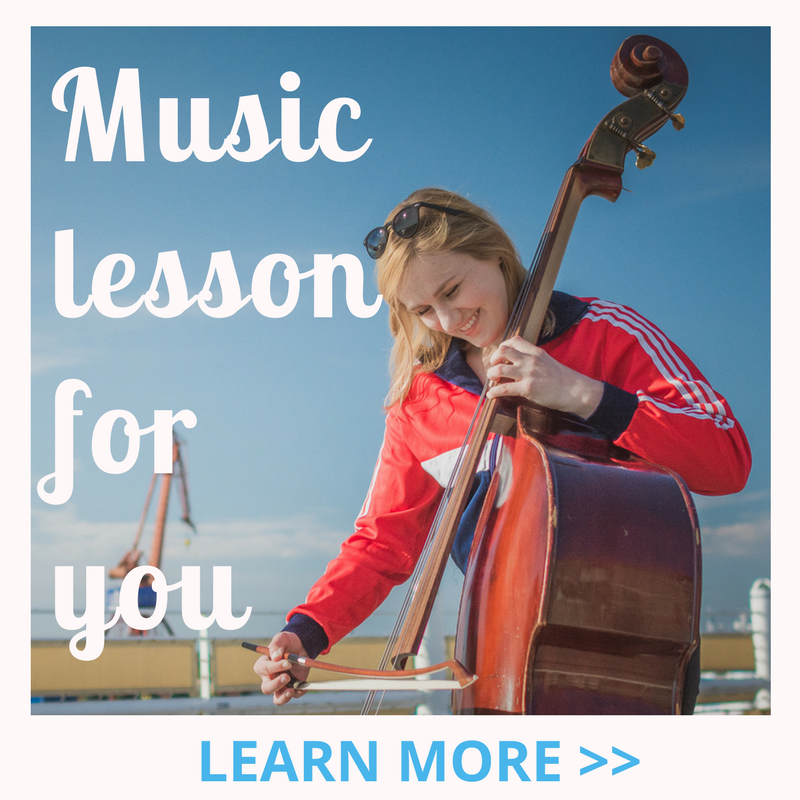